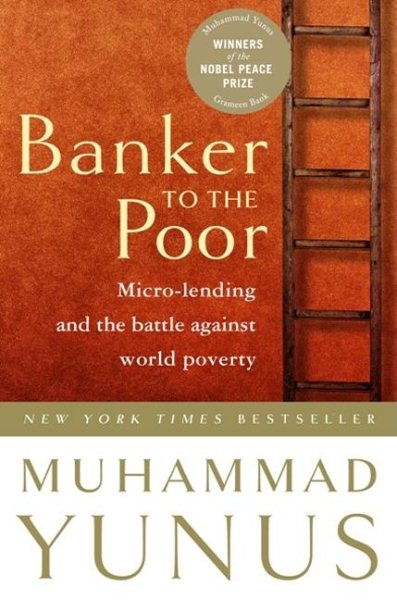 The founder of the Grameen Bank relates how he developed the system of micro-credit to help eradicate poverty in countries such as Bangladesh by providing financial education and small loans to rural families. Read More
Muhammad Yunus is that rare thing: a bona fide visionary. His dream is the total eradication of poverty from the world. In 1983, against the advice of banking and government officials, Yunus established Grameen, a bank devoted to providing the poorest of Bangladesh with minuscule loans. Grameen Bank, based on the belief that credit is a basic human right, not the privilege of a fortunate few, now provides over 2.5 billion dollars of micro-loans to more than two million families in rural Bangladesh. Ninety-four percent of Yunus's clients are women, and repayment rates are near 100 percent. Around the world, micro-lending programs inspired by Grameen are blossoming, with more than three hundred programs established in the United States alone. Banker to the Poor is Muhammad Yunus's memoir of how he decided to change his life in order to help the world's poor. In it he traces the intellectual and spiritual journey that led him to fundamentally rethink the economic relationship between rich and poor, and the challenges he and his colleagues faced in founding Grameen. He also provides wise, hopeful guidance for anyone who would like to join him in "putting homelessness and destitution in a museum so that one day our children will visit it and ask how we could have allowed such a terrible thing to go on for so long." The definitive history of micro-credit direct from the man that conceived of it, Banker to the Poor is necessary and inspirational reading for anyone interested in economics, public policy, philanthropy, social history, and business. Muhammad Yunus was born in Bangladesh and earned his Ph.D. in economics in the United States at Vanderbilt University, where he was deeply influenced by the civil rights movement. He still lives in Bangladesh, and travels widely around the world on behalf of Grameen Bank and the concept of micro-credit. Read Less

Goodreads reviews for Banker To The Poor: Micro-Lending and the Battle Against World Poverty

Building Social Business: The New Kind of Capitalism that Se...

Creating a World Without Poverty: Social Business and the Fu...

A World of Three Zeros: The New Economics of Zero Poverty, Z...