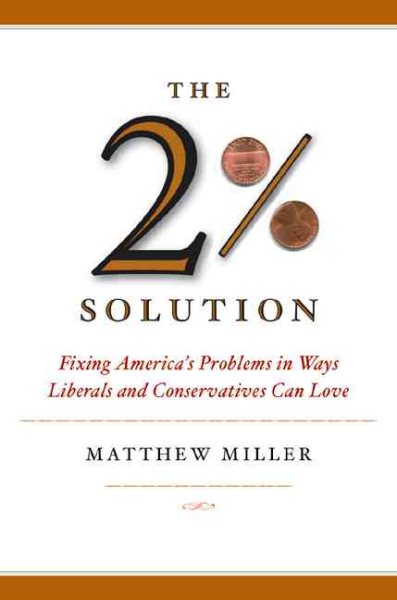 The author describes an economic plan that will provide health care, a living wage, and better schools for every American with an increase in government spending of just two percent of the GDP. Read More
Suppose someone told you that for just two cents on the national dollar we could have a country where everyone had health insurance, full-time workers earned a living wage, poor children had great teachers in fixed-up schools, and politicians no longer had to grovel to wealthy donors. And suppose that when we were done, government would still be smaller than it was when Ronald Reagan was president. If you're like most people, you'd probably think that for two cents on the dollar this sounds like an intriguing deal. But 2 percent of America's GDP is more than $200 billion a year--way beyond what politicians in Washington think is possible.Between our proper intuition that 2 percent is a small amount, and the Washington consensus that a 2 percent shift in priorities is beyond imagining, lies the opportunity to transform American politics. In this agenda-setting book, Matthew Miller challenges our country (and those who would lead it) to change the way we think about our public responsibilities before the baby boomers' retirement siphons all the money out of the system.The Two Percent Solution is a call to arms that no serious candidate, Republican or Democrat, can afford to ignore. Read Less

The Dueling Personas Of Kevin Smith