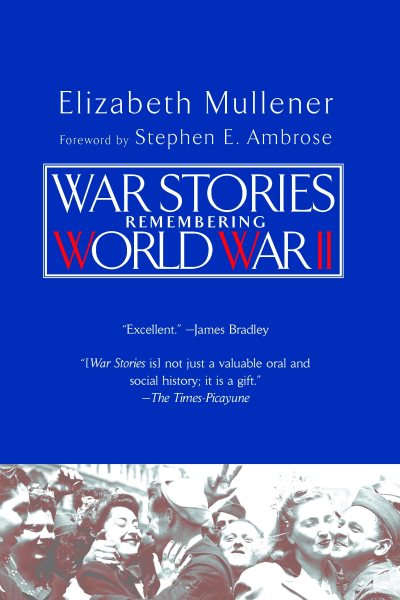 Current residents of New Orleans share personal eyewitness testimonies of virtually every major event of World War II, in fifty-three vivid accounts that range from a Polish army officer's memories of the defense of his homeland during the German invasion to the reminiscences of a member of the honor guard aboard the Missouri during the Japanese surrender. Reprint. Read More
War Stories chronicles 53 personal testimonies of virtually every major event from World War II by residents of New Orleans-from a Polish army officer who was defending his homeland the day of the German invasion to a member of the honor guard aboard the U.S.S. Missouri the day the Japanese signed the surrender papers. This one-of-a-kind memorial represents journalist Elizabeth Mullener's 12-year dedication to preserving eyewitness accounts of the most devastating conflict in human history. Read Less

Currahee!: A Screaming Eagle at Normandy