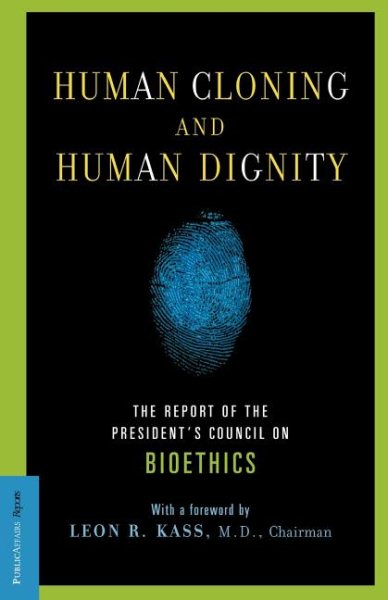 A council of leading scientists and philosophers offers wise and provocative insights into the ethical implications of one of the most momentous developments of all--cloning. Read More
Few avenues of scientific inquiry raise more thorny ethical questions than the cloning of human beings, a radical way to control our DNA. In August 2001, in conjunction with his decision to permit limited federal funding for stem-cell research, President George W. Bush created the President's Council on Bioethics to address the ethical ramifications of biomedical innovation. Over the past year the Council, whose members comprise a team of leading scientists, doctors, ethicists, lawyers, humanists, and theologians, has discussed and debated the pros and cons of cloning, whether in the service of producing children or as an aid to scientific research. The questions the Council members confronted do not have easy answers, and they did not seek to hide theirdifferences behind an artificial consensus. Rather, the Council decided to allow each side to make its own best case, so that the American people can think about and debate these questions, which go to the heart of what it means to be a human being. Justas the dawn of the atomic age created ethical dilemmas for the United States, cloning presents us with similar quandaries that we are sure to wrestle with for decades to come.Presents the report submitted by the President's Council on Bioethics, including historical aspects of cloning, public policy options and recommendations, and ethical aspects of cloning. Read Less

Goodreads reviews for Human Cloning and Human Dignity: The Report of the President's Council On Bioethics

The Beginning of Wisdom: Reading Genesis

The Hungry Soul: Eating and the Perfecting of Our Nature

Toward a More Natural Science