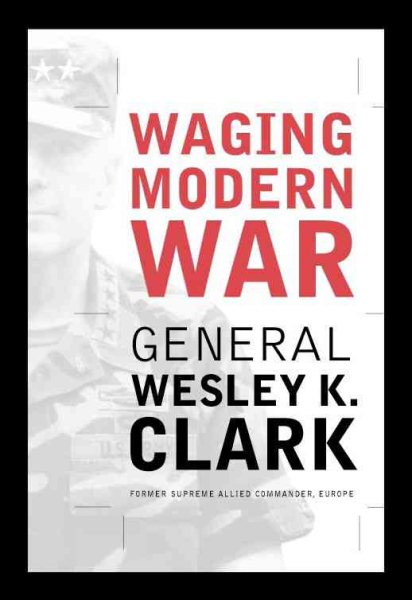 Chronicles the American general's experiences overseeing the war in Kosovo and his attempts to mediate conflicts within Kosova as well as between representatives of NATO's governments, policy makers, the military, and the media. Read More
Ugly, shocking, frightening, war came to Europe once more in March 1999. The world watched in dismay as Yugoslavia's military machine attacked its own citizens in the province of Kosovo. Pictures of refugees fleeing and stories of murder and rape flashed to the top of the news. As had happened so often since the end of the Cold War, ethnic conflict had turned deadly, and the great powers seemed reluctant to get involved. Read Less

Goodreads reviews for Waging Modern War: Bosnia, Kosovo, and the Future of Combat