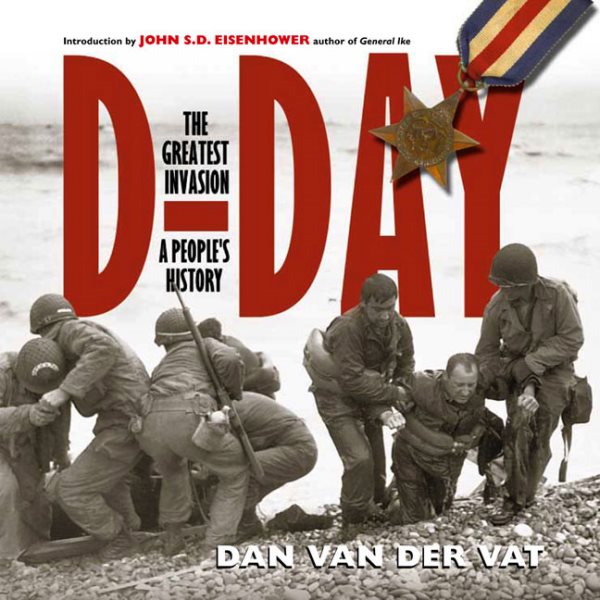 A collection of eyewitness account captures the human drama, heroism, and sacrifice of the assault on Nazi-occupied France, accompanied by personal artifacts, historical and modern photographs, and war artists' paintings. Read More
It was the greatest invasion of all time. Early on the morning of June 6, 1944, thousands of Allied soldiers landed on the beaches of Normandy-not only streaming from the sea but also sweeping in from the air-and launched a massive assault on Nazi-occupied France. In sixteen unforgettable hours, these heroic men succeeded in breaching the Third Reich's impregnable defenses, leading the way to the liberation of Europe.As the sixtieth anniversary approaches, those who remember that epic invasion are rapidly dwindling in number. Now, their gripping eyewitness accounts-most of them never before published-are woven into an authoritative new look at that unforgettable "longest day" by distinguished military historian Dan van der Vat. This book captures and preserves for a new generation all the human drama and heroism that marked D-Day. Richly illustrated with hundreds of historical photographs-many from private photo albums-as well as personal artifacts, dramatic paintings by the many war artists on the scene, and modern color photographs, this is the definitive history of one of the most important dates of the twentieth century. Read Less

Goodreads reviews for D-Day: The Greatest Invasion - A People's History

The Good Nazi: The Life and Lies of Albert Speer