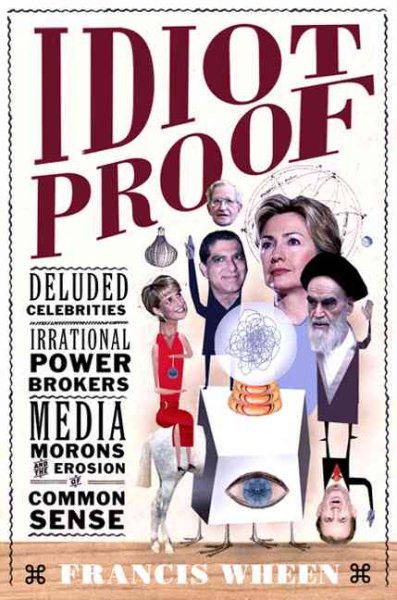 Argues that there has been an erosion of Enlightenment values in favor of irrationalism and nonsense , most notably in the United States and Great Britain since the year 1979. Read More
In 1979 two events occurred that would shape the next twenty-five years. In America and Britain, an era of weary consensus was displaced by the arrival of a political marriage of fiery idealists: Ronald Reagan and Margaret Thatcher transformed politics with a combination of breezy charm and assertive "Victorian values." In Iran, the fundamentalist cleric Ayatollah Ruhollah Khomeini set out to restore a regime that had last existed almost 1,300 years ago. Between them they succeeded in bringing the twentieth century to a premature close. By 1989, Francis Fukuyama was declaring that we had now reached the End of History. What colonized the space recently vacated by notions of history, progress and reason? Cults, quackery, gurus, irrational panics, moral confusion and an epidemic of idiocy, the proof of which was to be found in every state, every work-place, and every library. In Idiot Proof, columnist Francis Wheen brilliantly evokes the key personalities of the post-political era—including Princess Diana and Deepak Chopra, Osama bin Laden and Nancy Reagan's astrologer—while lamenting the extraordinary rise in superstition, relativism and emotional hysteria over the past quarter of a century. In turn comic, indignant, outraged and just plain baffled by the idiocy of it all, Idiot Proof is a masterful depiction of the daftness of our times and a plea that we might just think a little more and believe a little less. Read Less

How Mumbo-Jumbo Conquered the World

How Mumbo-Jumbo Conquered the World: A Short History of Mode...

The Irresistible Con: The Bizarre Life of a Fraudulent Geniu...