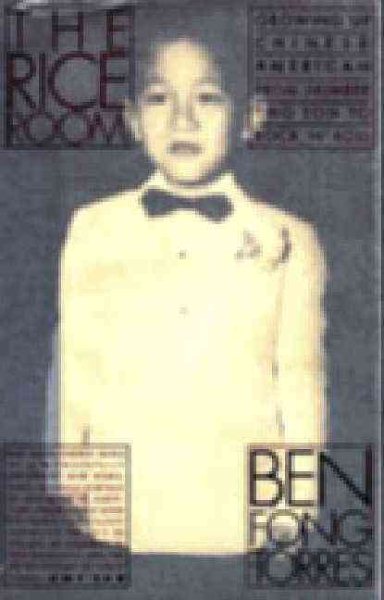 A leading entertainment journalist offers a poignant portrait of growing up Asian American, detailing his journey from alienation and the traditional world of his parents to assimilation and acceptance in the world of journalism Read More
The Rice Room is a brilliant and moving memoir of growing up in Oakland's Chinatown, by one of America's preeminent journalists. Ben Fong-Torres was the third child of first-generation Chinese parents. His father came to America via the Philippines, adding "Torres" to his name to convince immigration officials that he was Filipino, since there were strict limits on the number of Chinese immigrants that were allowed. His mother came into the country under similarly deceptive circumstances. Together they set up a life that did not include outsiders, and they assumed that their children would share their views. But for Ben and his siblings, including older brother and Number One Son Barry, this was never an option. As youngsters, they loved exploring the sights and sounds of their immediate neighborhood, and spent much of their time working and studying in the rice room of their family restaurant, isolated from outsiders. But going to an American school made them aware of an entirely different world, and soon Ben and Barry were shocking their parents by reciting American song lyrics, reading American comic books, and even listening to forbidden rock and roll lp's.At age twelve, Ben went with his father to Amarillo, Texas, to open a restaurant. There he was thrown into a strange new community, many of whose members had never laid eyes upon an Asian person before. Ben combatted his loneliness by hard work, learning to lip-synch to Elvis, and tentatively making a few friends, ignoring the comments of those such as his gym teacher, who called him "Chop-Chop." By the time he returned to Oakland, he was much more aware of how the rest of the country might view his family, and he was more determined than ever to have a piece of the American pie.Working in the detested rice room made Ben and his siblings realize how much was expected of them as Chinese sons and daughters. Yet Ben continued to be obedient, at least on the surface - in the meantime holding down newspaper writing jobs at increasingly radical papers, including the daily Golden Gator at Berkeley, where he covered the nascent protest movement. Ironically, even as he tried to communicate in halting Cantonese with his parents, who never mastered English, he was becoming an important part of the American mainstream. Upon graduation from college he joined the staff of a fledgling magazine called Rolling Stone, and joined the group of people who chronicled and came to define the 1960s counterculture, partying with Jann Wenner and Hunter Thompson, and interviewing Janis Joplin, Jim Morrison, Bob Dylan, The Jefferson Airplane, and scores of other seminal musicians of the era.Then tragedy struck - and Ben had to learn that family came first, no matter how backward at times they seemed. The Rice Room is riveting personal history of the most moving and engaging kind - a story of growing up in this country that readers of all backgrounds will want to experience. Read Less

Hickory Wind: The Life and Times of Gram Parsons

The Rice Room: Growing Up Chinese-American from Number Two S...