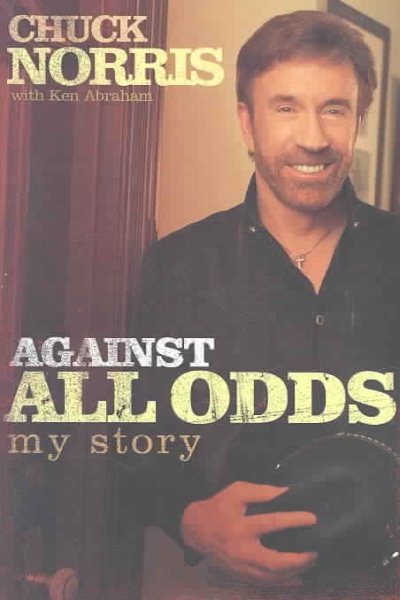 The martial arts champion and popular actor traces his life, including his difficult childhood, his discovery of the martial arts and their impact on his life, his successful acting career, and his work teaching martial arts to at-risk youth. Read More
While millions of people know Chuck Norris is a movie and television star, he is also a sincere Christian--a man whose faith plays a role in everything he does and who gives full credit to God for helping him overcome obstacles such as poverty, an alcoholic father, and a broken marriage. 100,000 first printing. Read Less

Goodreads reviews for Against All Odds: My Story

Beyond Me: Finding Your Way to Life's Next Level

Walk to Beautiful: The Power of Love and a Homeless Kid Who...