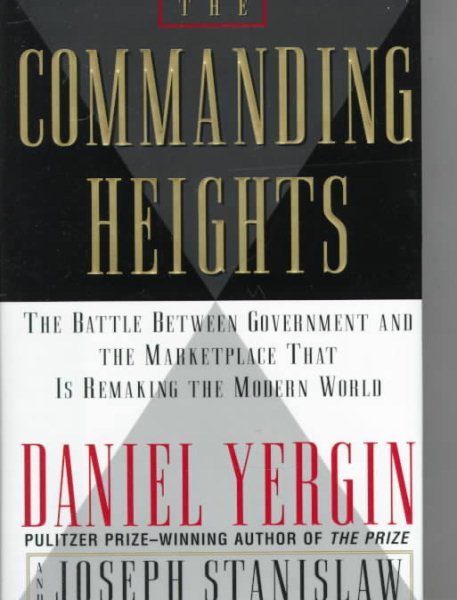 A look at the political battle between the state and the marketplace examines the collapse of the Soviet Union and deregulation Read More
A look at how the enormous shift of assets from central governments to private enterprise in Europe, Asia, Latin America, and the Middle East analyzes the diverse ways in which such changes will affect the balance of economic power throughout the world. 75,000 first printing. Tour. BAKER & TAYLOR Read Less

Goodreads reviews for The Commanding Heights: The Battle Between Government and the Marketplace That Is Remaking the Modern World