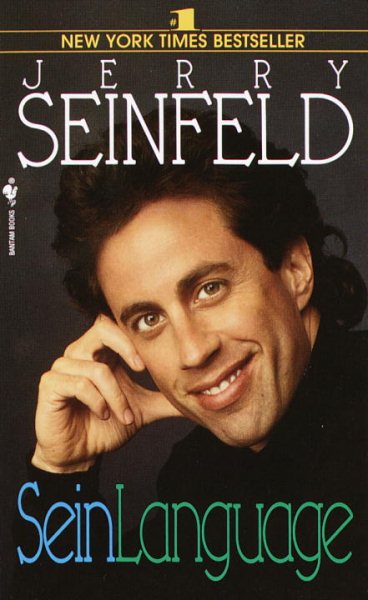 The popular performer presents his unique and trenchant observations on a wide variety of subjects, including virgin sacrifice, cow outfits, Ginsu knives, soap slivers, and suction cups Read More
Seinfeld. For more than 33 million viewers, the Emmy Award-winning television show has become a Thursday night ritual. Even though the show has ended, Jerry Seinfeld's distinct brand of humor can still be yours. In his #1 New York Times bestselling book, SeinLanguage, Jerry Seinfeld has captured on the page his views on topics ranging from Raisinettes to relationships, from childhood to cop shows, and from parents to power suits. This must-have book for all fans—and who isn't a fan?—remains available in both paperback and hardcover. Read Less