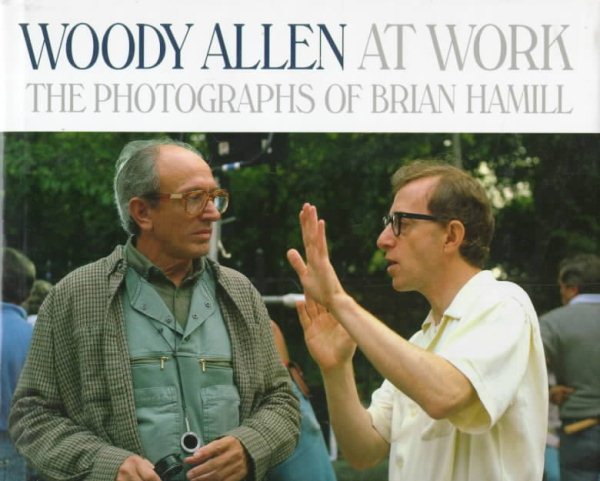 A pictorial survey of the filmmaker's career since Annie Hall provides a first-hand look at Allen on the set, on location, and behind and in front of the camera, in more than two hundred photographs and commentary. Read More
Photographer Brian Hamill has enjoyed a remarkable, nearly twenty-year professional association with Woody Allen: he has been the unit still photographer on all of Allen's projects since Annie Hall (1977), and so has had a very special vantage point - at the center of the bustle and swirl that is a professional film set. The two hundred photographs collected here (drawn from almost a hundred thousand) document that entire period and distill a legendary career in the cinema.We see Allen in his element - on location, on set, behind and in front of the camera, and collaborating with crew, including master cinematographers Gordon Willis, Carlo Di Palma, and Sven Nykvist. Over the years, Allen has been able to gather some extraordinary ensemble casts, and in his photos Hamill has captured dozens of these star performers.What sets this book apart is that it consists almost entirely of pictures. Many film books give a verbal account of the life and art of a director; until now, none has given so purely visual a portrait of a filmmaker at work. These images portray a side of Woody Allen that filmgoers and readers have scarcely glimpsed before. In addition, Charles Champlin's essay gives us an up-to-the-minute appreciation of Allen's work, and Derrick Tseng's commentary on the photos is informative and enjoyable. In all, this unique volume offers a detailed portrait of one of the most influential directors in the history of filmmaking. Read Less

Goodreads reviews for Woody Allen At Work: The Photographs of Brian Hamill

Christian maturity and the theology of success

Midnight in the Dollhouse (Apple)

The DNA of Relationships