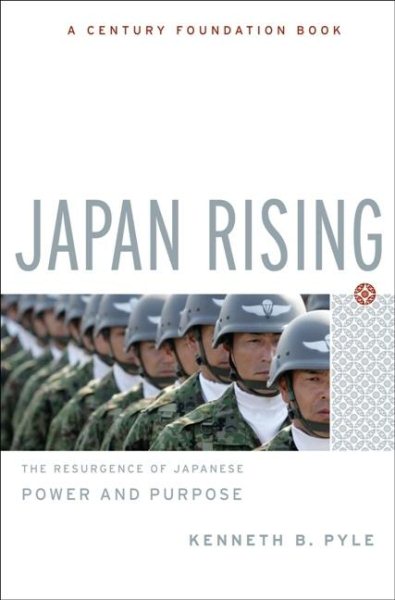 After more than a half century of withdrawal from international politics, Japan is back. What are the implications for the United States? Read More
Japan is on the verge of a sea change. After more than fifty years of national pacifism and isolation including the "lost decade" of the 1990s, Japan is quietly, stealthily awakening. As Japan prepares to become a major player in the strategic struggles of the 21st century, critical questions arise about its motivations. What are the driving forces that influence how Japan will act in the international system? Are there recurrent patterns that will help explain how Japan will respond to the emerging environment of world politics? American understanding of Japanese character and purpose has been tenuous at best. We have repeatedly underestimated Japan in the realm of foreign policy. Now as Japan shows signs of vitality and international engagement, it is more important than ever that we understand the forces that drive Japan. In Japan Rising, renowned expert Kenneth Pyle identities the common threads that bind the divergent strategies of modern Japan, providing essential reading for anyone seeking to understand how Japan arrived at this moment?and what to expect in the future. Read Less

The Making of Modern Japan

The Japanese Question: Power and Purpose in a New Era

The Making of Modern Japan (Problems in European Civilizatio...