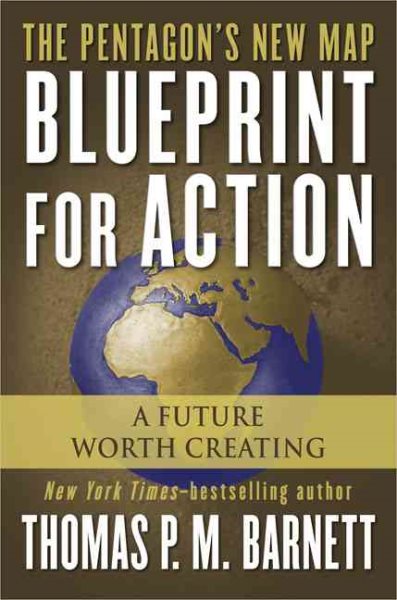 Presents methods by which the world can confront twenty-first-century global issues, outlining short-term pathways for governments, institutions, and individuals while focusing on the challenges of specific international hotspots. Read More
The author of the groundbreaking bestseller takes his cutting-edge analysis to the next level. In civilian and military circles alike, The Pentagon's New Map became one of the most talked-about books of the year. The Pentagon's New Map combined security, economic, political, and cultural factors to provide a fundamental reexamination of war and peace in the post-9/11 world, and a compelling vision of the future. Now, senior adviser and military analyst Barnett tells us how we get to that future. In a book at once pragmatic, thought-provoking, and optimistic, he explores both the long- and short-term pathways for governments, institutions, and individuals alike. Paying particular attention to such nations and regions as Iran, Iraq, and the Middle East, China, North Korea, Latin America, and Africa, he outlines the strategies to pursue, the entities to create, the pitfalls to overcome. If the first book was a compelling framework for confronting twenty-first-century problems, the new book is something more-a powerful road map through a chaotic and uncertain world to "a future worth creating." Read Less

Goodreads reviews for Blueprint for Action: A Future Worth Creating

The Pentagon's New Map: War and Peace in the Twenty-First Ce...

The Pentagon's New Map: War and Peace in the Twenty-First Ce...

Blueprint for Action: A Future Worth Creating