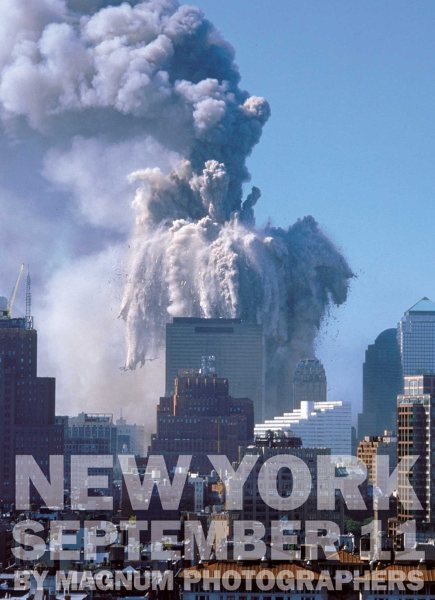 Offers a photographic chronicle of the destruction of the World Trade Center in the terrorist attacks of September 11, 2001, and includes classic photographs of the Twin Towers taken over the twenty-five years of their existence. Read More
"The date, September 11, 2001, now has a certain permanence, graven on ourcollective memory, like a very few others December 7, 1941, and November 22, 1963, dates which seem to separate yesterday from today, and then from now. They become the rarest of moments; ordinary people will forever be able to tell you where they were and what they were doing when they first heard the news, as if the terrible deed had happened to them, which in some ways it did." —from the introduction by David Halberstam By now, the story of September 11 has been burned into our collective memory, but few have seen New York from the perspective of Magnum photographers. Eleven members of the legendary photo agency immediately dispersed from their monthly meeting in New York as the events unfolded to document the incomprehensible. Their photographs, by turns haunting, surreal, and breathtaking, are collected together in New York September 11, by Magnum Photographers, compellingly presented in this high-quality edition from powerHouse Books. From their various vantage points we are transported to Ground Zero to witness the destruction of the World Trade Center, the buildings’ implosion which sent thousands fleeing through the streets from debris, only to return to the scene in quiet observation and respect for the rescue workers whose jobs had only begun—and of the mourners who had been gathering struck with grief. Read Less

Requiem: By the Photographers Who Died in Vietnam and Indoch...