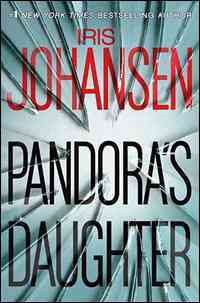 Building a successful practice on her ability to empathize with her patients, physician Megan Blair is haunted by the mysterious loss in childhood of her mother, from whom she inherited psychic powers that others would exploit for murderous purposes. Read More
The number-one blockbuster bestselling author delivers her most explosive and compelling novel yet, in which a woman must unlock the secrets of her own mind before she loses her life.She has a gift of unspeakable power. . . .He must control her or destroy her. . . .For as long as she can remember, successful young physician Megan Blair has tried to silence the voices in her head---voices that bring her to the edge of madness and terror. Megan possesses psychic powers that have been dormant for years, hidden deep in the past she’s tried so desperately to forget. But now everything has come to a boiling point---someone is trying to kill her, and others are trying to use her, including the deadly and seductive Neal Grady. Shocking secrets about her life and her mother’s death bombard her as she fights to take control of her heritage and save herself and everything she believes in. Grady holds the key to understanding her future, a future in which Megan’s life will never be the same.If she survives to have a future.A fast-paced thrill ride, Pandora’s Daughter is Iris Johansen as you’ve never read her before. Read Less