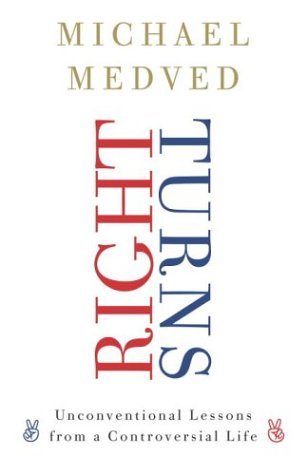 The radio talk show host describes his childhood and family, his marriages, and how he started his career as a liberal activist and eventually became a conservative and outspoken critic of the liberal agenda. Read More
Nationally syndicated talk-radio host and noted film critic Michael Medved has taken an extraordinary journey from liberal activist to outspoken conservative. Along the way he has earned millions of admirers—and more than his share of enemies—by advancing controversial, often counterintuitive arguments, including: • Liberals love losing because it makes them feel virtuous• America isn’t normal—it’s bizarrely blessed• Hollywood has lost touch with America—and punishes people who point that out• Conservatives are both happier and nicer than liberals• Talk radio is a source of hope, not hatred• Business isn’t exploitative—it’s heroic • There is no such thing as “planned parenthood”• A more Christian America is good for the Jews• Do-it-yourself conservatism provides the only cure for save-the-world liberalismIn the candid, electrifying Right Turns, Medved chronicles the adventures that taught him these and many other lessons—the startling events that propelled him from Vietnam protest leader to optimistic promoter of American patriotism, from secularism to religion, from adventurous single guy to doting husband and father. In the process he skewers leftist orthodoxy, revealing why the Right is right and why his former colleagues on the Left remain hopelessly wrong on every cultural, political, and social issue. Medved enters today’s ideological fray armed with experience as, among many other things, a campaign aide for radical Democrats, a minority recruiter for police departments, a Hollywood screenwriter, a Bobby Kennedy volunteer, a teacher at religious schools, a world-champion hitchhiker, an expert on bad movies, and a veteran TV host on PBS and a British network—who declines to own a TV himself. Medved relishes the contradictions behind the high-profile controversies in which he’s played a leading role—as a prominent movie reviewer who attacked the film industry in a bestselling book, as an observant Jew whose radio show is a favorite with evangelical Christians, as a writer once designated the “Bard of the Baby Boomers” who now expresses contempt for his generation’s arrogant indulgence, and as a fearless battler who has sought advice from both Rush Limbaugh and Hillary Clinton and has given advice to both Mel Gibson and Barbra Streisand.Right Turns displays the slashing argument and disarming wit that have made Medved’s radio program America’s number one show on politics and pop culture. Read Less

God's Hand on America: Divine Providence in the Modern Era

The Golden Turkey Awards: The Worst Achievements in Hollywoo...