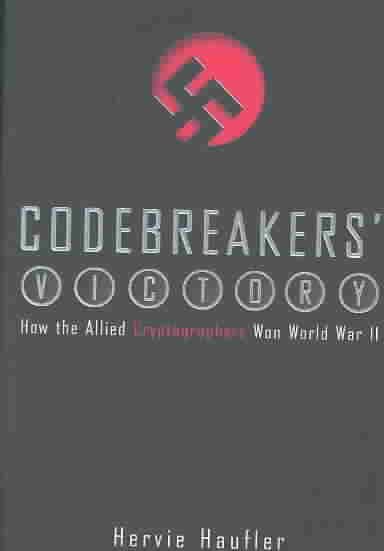 A veteran cryptographer examines the unique contributions made by American and British codebreakers in the Allied victory during World War II, profiling the work of the Navajo Code Talkers, the decoding units of Hut-8 in Bletchley Park, and others who provided crucial information and intelligence to the Allies. Original. Read More
For the first time ever, veteran World War II cryptographer Hervie Haufler details how American and British codebreakers were the decisive factor in the Allied victory. From the Purple Machine to the Navajo Talkers to the breaking of Japan's JN-25 Naval Code to the shadowy world of decoding units like Hut-8 in Bletchley Park, he shows how crucial information-often obtained by surreptitious and violent means-was the decisive edge in the Battle of Britain, at Midway and against the U-Boats in the North Atlantic, and how Allied intelligence saved the Soviet Union from almost certain defeat. In an accessible account based on years of research, interviews and exclusive access to previously top-secret archives, Haufler demonstrates how cryptography enabled Nimitz and MacArthur to persevere in the Pacific and helped Eisenhower and Patton mount the assaults on Normandy. In compelling detail, Haufler shows us how it was done-as only one who was on the frontlines of the "secret war" could tell it. Read Less

All over but the Shoutin'

The Road Less Traveled and Beyond: Spiritual Growth in an Ag...

How Good Do We Have to Be? A New Understanding of Guilt and...