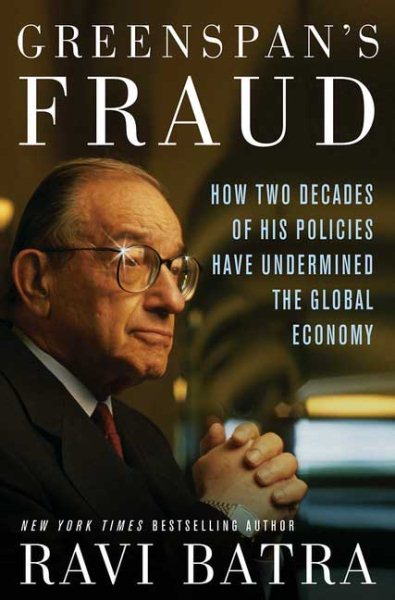 Provides an analysis of Alan Greenspan's economic policies and their impact on global economics and charges that the Federal Reserve chairman's beliefs have compromised middle-class stability and benefited the wealthy. Read More
For two decades Federal Reserve Chairman Alan Greenspan has held reign over economic policy, outlasting three presidents. His long tenure has had a profound effect on global economics and on individuals. In this hard-hitting exposé, international bestselling author Ravi Batra takes sharp aim at Greenspan's policies since he came into power. Greenomics, Batra argues, has extracted trillions of dollars from the American middle class and sharply benefited the rich, while protecting big business. Batra proves that Greenomics has also been responsible for periods of irrational exuberance, and exposes the wild inconsistencies in his social security plans. Greenspan's Fraud explores Greenspan's influences and motivations and the discrepancies between his words and actions, while revealing how his policies have national and global impact. Read Less

Goodreads reviews for Greenspan's Fraud: How Two Decades of His Policies Have Undermined the Global Economy

The Myth of Free Trade: A Plan for America's Economic Reviva...