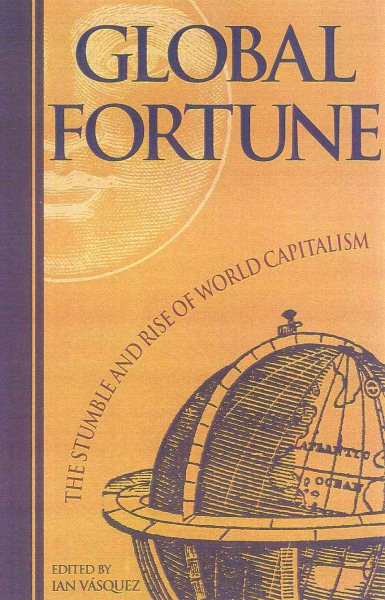 This collection of essays proposes improvements to the international financial system and evaluates the prospects that the recent conversion to global capitalism will be sustained. Read More
After two world wars, the Great Depression, and experiments with socialism interrupted the liberal economic order that began in the 19th century, the world economy has recently returned to the level of globalization that it previously enjoyed. Peruvian novelist Mario Vargas Llosa embraces that development, saying, "It is liberalism -- more than any other doctrine -- that symbolizes the extraordinary advances that liberty has made in the long course of human civilization." In Global Fortune, experts from four continents examine the financial turmoil that has accompanied the return to a global economy and address the accusation of its critics that markets spread instability and poverty. The contributors also explore the role of the International Monetary Fund; show that close ties between business and government in South Korea, Thailand, and Indonesia have led to massive malinvestments; and assess Russia's record of reforms, which, according to Andrei Illarionov, President Putin's chief economic advisor, has been dismal. The notion that capitalism has somehow failed is regrettable, because the welfare of humanity is largely tied to the fortune of capitalism itself. Capitalism, Prof. Rudiger Dornbusch says, made the 20th century one of unrivaled prosperity, enabling unprecedented improvements in the living standards of billions of people around the world. Vargas Llosa sums up the sentiments of the authors in this collection when he says, "We should celebrate the achievements of liberalism with joy and serenity, but without triumphalist hubris... That which remains to be done is more important still." Read Less

Goodreads reviews for Global Fortune: The Stumble and Rise of World Capitalism

Social Security and Its Discontents: Perspectives on Choice

The Rule of Law in the Wake of Clinton