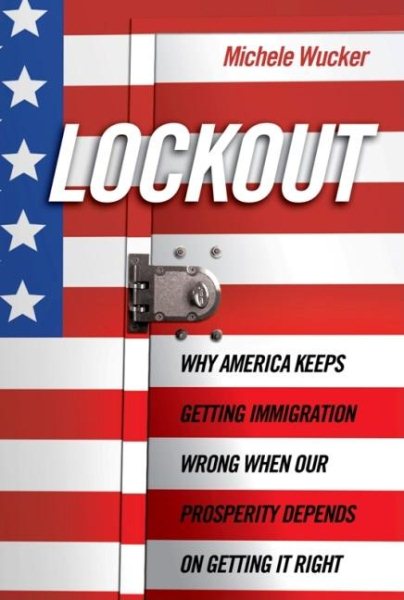 As globalization and terrorism intensify the pressure to close America's doors, this provocative book argues that to do so would be catastrophic Read More
We are essentially a nation of people who once belonged elsewhere, yet have long been deeply ambivalent about this part of our history. After World War I, the fear of the stranger overwhelmed America's confidence in our ability to create one nation out of many peoples. We slammed the door shut, only to realize our error and re-open it four decades later. Today, a record-high foreign-born population, global instability, and economic uncertainty have once again pushed America to a tipping point in our attitudes not only toward immigration but toward our role in the world?and the stakes have risen dramatically. Our economy depends more than ever on immigrants, not only for stereotypical low-skilled jobs, but much more so for maintaining our technological edge and promoting American products and services abroad. So far, America has reaped the lion's share of the gains of globalization. Yet for the first time ever, the world's best and brightest no longer see this country as the only destination of choice. In Lock Out, Michele Wucker documents the mistakes that led to our predicament today, and clarifies why it would be a catastrophic error of judgment, as well as a demonstration of a colossal lack of self-knowledge, if America attempted to turn its back on rest of the world and in so doing on the best of itself. Read Less

Goodreads reviews for Lockout: Why America Keeps Getting Immigration Wrong When Our Prosperity Depends on Getting It Right