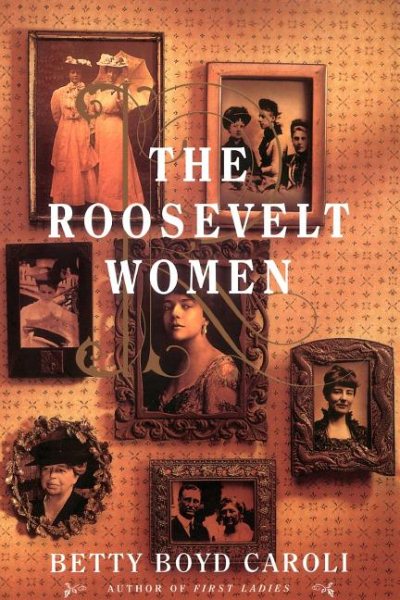 Examines the personal and public lives of five generations of Roosevelts, exploring the women's traditional roles as wives and mothers, as well as their roles as adventurers, authors, and campaigners Read More
The Roosevelt name conjures up images of powerful Presidents and dashing men of high society. But few people know much about the extraordinary network of women that held the Roosevelt clan together through war, scandal, and disease. In The Roosevelt Women, Betty Boyd Caroli weaves together stories culled from a rich store of letters, memoirs, and interviews to chronicle nine extraordinary Roosevelt women across a century and a half of turbulent history.She examines the Roosevelt women as mothers, daughters, wives, and, beyond that, as world travelers, authors, campaigners, and socialites&#151;in short, as themselves. She reveals how they demonstrated the energy and intellectual curiosity that defined their famous family, as well as the roles they played in the intrigues, scandals, and accomplishments that were hallmarks of the Roosevelt clan. From the much maligned Sara Delano (who sired Franklin and by turns terrified and supported Eleanor) to Theodore&#39;s irrepressible daughter, Alice (”I can either rule the country or control Alice,” Teddy once said) to the beloved Bamie, who was the only mother Alice ever knew, and the model of everything she never was in life, to the exceptionally beautiful but ultimately overwhelmed Mittie, Theodore&#39;s mother, The Roosevelt Women is an intricate portrait of bold and talented women, a grand tale of both unbearable tragedies and triumphant achievements. Read Less

Goodreads reviews for The Roosevelt Women: A Portrait In Five Generations

Lady Bird and Lyndon: The Hidden Story of a Marriage That Ma...