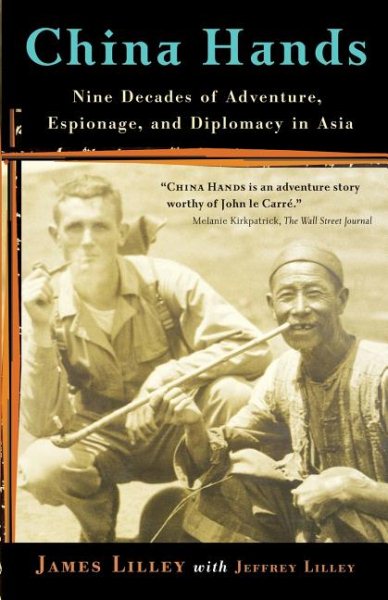 One of America's most respected diplomats on a life spent serving in the Far East Read More
James Lilley's life and family have been entwined with China's fate since his father moved to the country to work for Standard Oil in 1916. Lilley spent much of his childhood in China and after a Yale professor took him aside and suggested a career in intelligence, it became clear that he would spend his adult life returning to China again and again. Lilley served for twenty-five years in the CIA in Laos, Tokyo, Hong Kong, and Taiwan before moving to the State Department in the early 1980s to begin a distinguished career as the U.S.'s top-ranking diplomat in Taiwan, ambassador to South Korea, and finally, ambassador to China. From helping Laotian insurgent forces assist the American efforts in Vietnam to his posting in Beijing during the Tiananmen Square crackdown, he was in a remarkable number of crucial places during challenging times as he spent his life tending to America's interests in Asia. In China Hands, he includes three generations of stories from an American family in the Far East, all of them absorbing, some of them exciting, and one, the loss of Lilley's much loved and admired brother, Frank, unremittingly tragic.China Hands is a fascinating memoir of America in Asia, Asia itself, and one especially capable American's personal history. Read Less