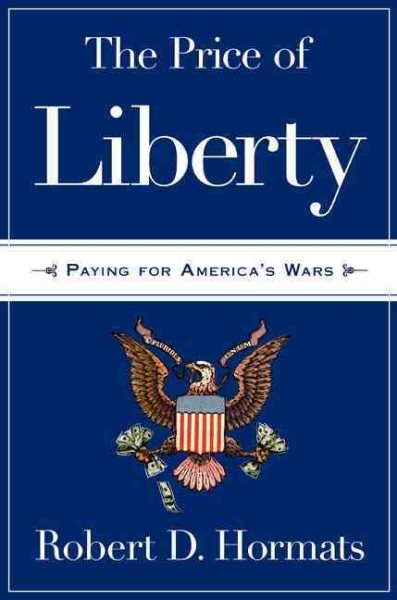 Explains how America's leaders have held firm to financial principles developed by Alexander Hamilton to secure the nation and why current policies of borrowing to pay for the war in Iraq and short-sighted tax cuts threaten America's security. Read More
In a bracing work of history, a leading international finance expert reveals how our national security depends on our financial securityMore than two centuries ago, America’s first secretary of the treasury, Alexander Hamilton, identified the Revolutionary War debt as a threat to the nation’s creditworthiness and its very existence. In response, he established financial principles for securing the country—principles that endure to this day. In this provocative history, Robert D. Hormats, one of America’s leading experts on international finance, shows how leaders from Madison and Lincoln to FDR and Reagan have followed Hamilton’s ideals, from the greenback and a progressive income tax to the Victory Bond and Victory Garden campaigns and cost-sharing with allies. Drawing on these historical lessons, Hormats argues that the rampant borrowing to pay for the war in Iraq and the short-sighted tax cuts in the face of a long-term war on terrorism run counter to American tradition and place our country’s security in peril. To meet the threats facing us, Hormats contends, we must significantly realign our economic policies—on taxes, Social Security, Medicare, and oil dependency—to safeguard our liberty and our future. Read Less

Goodreads reviews for The Price of Liberty: Paying for America's Wars

The Price of Liberty: Paying for America's Wars

Sharpe's Battle: Richard Sharpe and the Battle of Fuentes de...