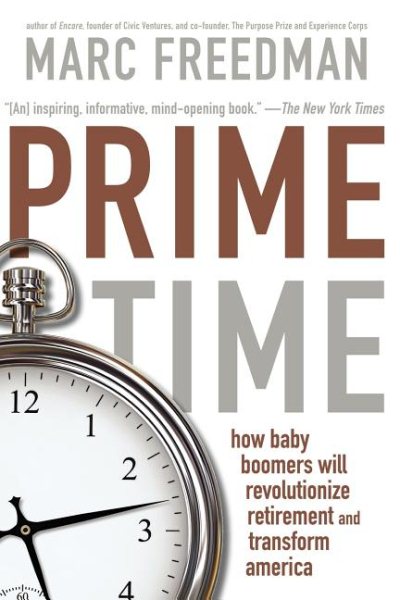 Recounts the history of retirement in the United States and profiles many older adults who are making the most of their lives. Read More
Over the next three decades, the number of Americans over fifty will double, swelling to more than a quarter of the population. Already we are living thirty years longer than a century ago, with further gains expected in the coming years. The end result is a new stage of life, one as long or longer than childhood or middle age in duration, and one spent in unprecedented good health. Yet, as individuals, and as a society, we've shown little imagination or wisdom in using this great gift of a third age. Marc Freedman identifies the new longevity as not a problem to be solved, but an opportunity to be seized-provided we can engage the experience, talent, and idealism of older Americans. At a juncture when the middle-generation faces a time-famine, struggling to simultaneously raise kids and work long hours on the job, the older generation is awash in free time, poised to succeed women as the trustees of civic life in this country. In the process they stand to find new meaning and purpose in their lives, and abandon the limbo-like state unfulfilling for so many older individuals. Freedman argues that the aging phenomenon, the massive transformation that many portray as our downfall, may in fact be our best hope for renewal as a nation. Read Less

How to Live Forever: The Enduring Power of Connecting the Ge...

Prime Time: How Baby-Boomers Will Revolutionize Retirement a...

Encore: Finding Work that Matters in the Second Half of Life