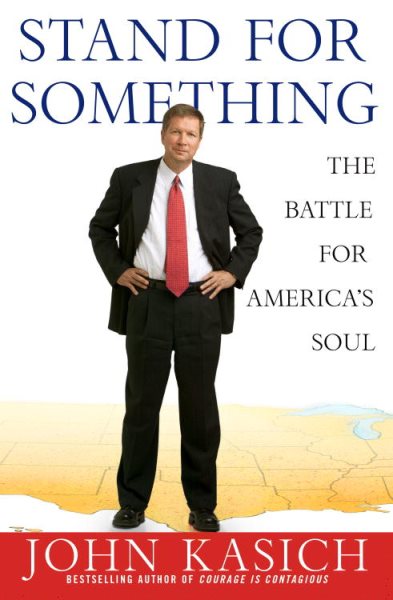 A former congressman and political commentator issues a warning about what he believes to be an erosion of moral values in America, citing such causes as poor leadership among elected officials, a lack of business ethics, and religious intolerance. Read More
Drawing on his nine terms representing Ohio in Congress and his tenure as a significant player in the news media, Kasich discusses his hopes for a future based on what he feels are the core values of the US (e.g., honesty, integrity, humility, accountability, compassion and forgiveness). He describes events and trends in government, sports, business, religion, education and popular culture and gives examples of instances in which core values have produced success. He also describes the behavior of leaders and role models that cloud the future of US society and gives practical ways to become a leader, or at least an interested and supportive party, in taking a stand. Annotation ©2006 Book News, Inc., Portland, OR (booknews.com) Read Less

Goodreads reviews for Stand for Something: The Battle for America's Soul

It's Up to Us: Ten Little Ways We Can Bring About Big Change