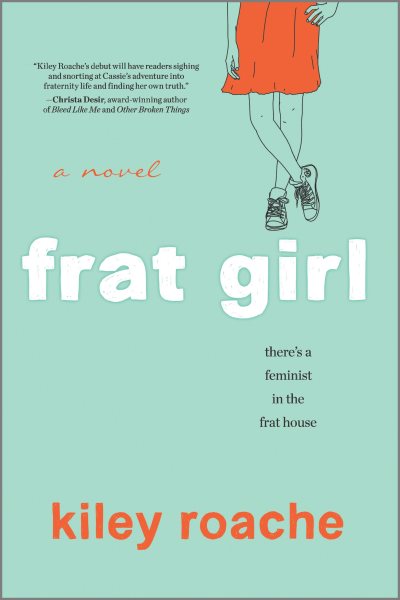 Cassandra Davis wins a scholarship to the college of her dreams, but acceptance requires a research project and her idea is to pledge a fraternity in order to expose sexist and misogynistic behavior. Read More
College life can be complicated—challenging, rewarding, downright frustrating—and a lot of fun. Warren University freshman Cassandra “Cassie” Davis is up for all of it. Which leaves Cassie facing the dreaded F word…Fraternity—specifically Delta Tau Chi, a frat on the verge of being banned from the school. Accused of offensive, sexist behavior, they have one year to clean up their act.With one shot at a scholarship to the school of her dreams, Cassie pitches an unusual research project—to pledge Delta Tau Chi, take on the boys’ club and provide proof of their misogynistic behavior. It’s not against the rules, which means the DTC brothers will have to face the dreaded F word…Feminist—the type of girl who thinks frat brothers are nothing but tank-top-wearing “bros” and is determined to see them booted from the school.But things aren’t as simple as they appeared. Some of the DTC brothers are much more than she ever expected to find in a frat house. With her academic future on the line and her heart all tangled in a web of her own making, Cassie will ultimately have to define for herself what the F word is all about. Read Less

The Gift of Reconciliation: Family Guide