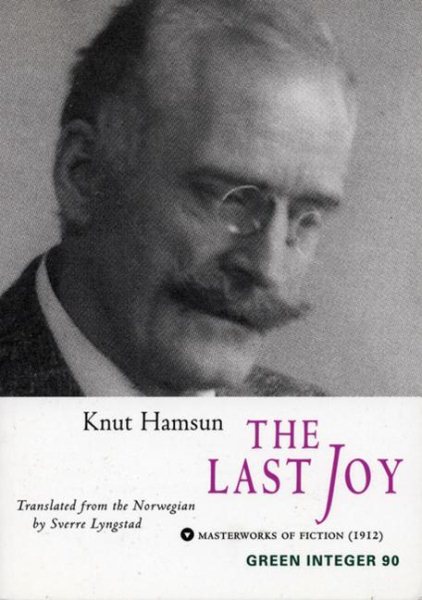 A novel by the famous Nobel-prize winning novelist. Read More
Published in Norway in 1912, The Last Joy (Den Siste Glaede) appears at an important transition point in Hamsun’s career, as he moved any from his intense observations of individual characters to focus on a broader canvas of small town and farm life social units of the Norwegian culture. If Hunger (1890) represents the epitome Hamsun’s focus on the individual, his works of the late teens and 1920s, particularly Growth of the Soil (1917) and Women at the Pump (1920) best represent the latter. The Last Joy lies somewhere between, with all the comic eccentricity of Hamsun’s great individualistic portraits and the small-town pretensions and social inter-relationships of his later works.Winner of the Nobel Prize in 1920, Knut Hamsun is one of the most beloved writers—although reviled for his "collaboration" with the Nazis during the German occupation of Norway—of the 20th century. Read Less

Growth of the Soil