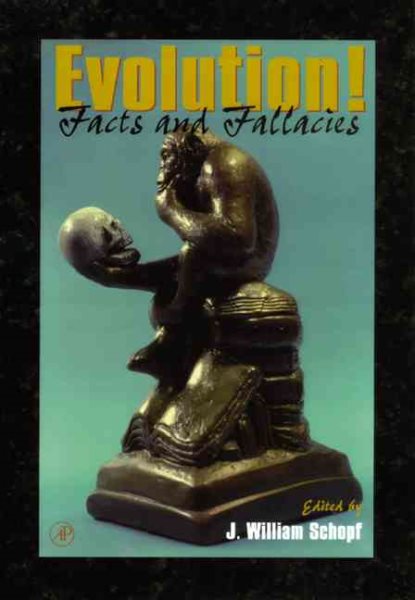 Six chapters make accessible the namesake symposium held in March 1997 in honor of the late Carl Sagan by the IGPP Center for the Study of Evolution and the Origin of Life at the U. of California, Los Angeles. Stephen Jay Gould, Tobias C. Owens, and others cull facts from myths regarding the timeline of life and whether we are alone in the cosmos. Includes photo evidence, a cover punning The Thinker , and a glossary of scientific terms. Annotation c. Book News, Inc., Portland, OR (booknews.com) Read More
The proceedings of the March 1997 symposium on Evolution! Facts and Fallacies are published in this short, accessible, and profusely-illustrated text. When Darwin originated his concept of descent with modification by means of natural selection, evolution became the instant focus of uncertainty and debate. In Evolution! noted experts sort facts from fallacies by answering questions most often asked of Darwin's grand theory. Interwoven throughout is the broad theme of how science is done and the answer to the most crucial question of all: How can we be sure that science will uncover the truth? Contributors are key experts on evolution and extraterrestrial life. Written at an easily understandable level, this book is accessible as well as entertaining to the general reader, high school, and college student. Read Less

The Origin and Evolution of Intelligence

By Scheibel, Arnold B. (EDT)

An introduction to theories of learning