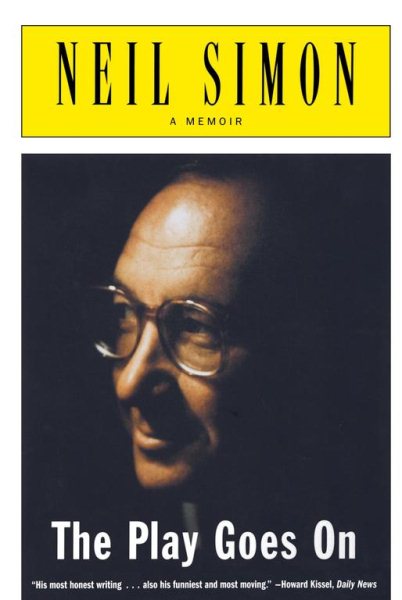 In his critically acclaimed Rewrites, Neil Simon talked about his beginnings -- his early yea... Read More
In his critically acclaimed Rewrites, Neil Simon talked about his beginnings -- his early years of working in television, his first real love, his first play, his first brush with failure, and, most moving of all, his first great loss. Simon's same willingness to open his heart to the reader permeates The Play Goes On. This second act takes the reader from the mid-1970s to the present, a period in which Simon wrote some of his most popular and critically acclaimed plays, including the Brighton Beach trilogy and Lost in Yonkers, for which he won the Pulitzer Prize. Simon experienced enormous professional success during this time, but in his personal life he struggled to find that same sense of happiness and satisfaction. After the death of his first wife, he and his two young daughters left New York for Hollywood. There he remarried, and when that foundered he remarried again. Told with his characteristic humor and unflinching sense of irony, The Play Goes On is rich with stories of how Simon's art came to imitate his life. Simon's forty-plus plays make up a body of work that is a long-running memoir in its own right, yet here, in a deeper and more personal book than his first volume, Simon offers a revealing look at an artist in crisis but still able and willing to laugh at himself. Read Less

Goodreads reviews for The Play Goes On: A Memoir

Last of the Red Hot Lovers