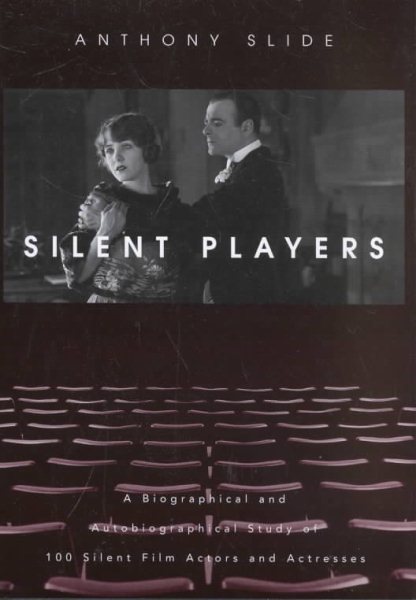 Slide is an independent film scholar, archivist, and consultant who has published some 50 works on film and entertainment. He knew many of the individuals profiled in this book, some very well, and he draws on his first-hand knowledge to provide insights into their lives and careers. He discusses many aspects of silent film performance, from makeup to the art of pantomime, and such modern themes as homosexuality and sexual harassment. Due in part to space considerations, filmographies of the 100 individuals have not been included. The book is illustrated with b&w photos. For film buffs and film historians. Annotation c. Book News, Inc., Portland, OR (booknews.com) Read More
" From his unique perspective of friendship with many of the actors and actresses about whom he writes, silent film historian Anthony Slide creates vivid portraits of the careers and often eccentric lives of 100 players from the American silent film industry. He profiles the era's shining stars such as Lillian Gish and Blanche Sweet; leading men including William Bakewell and Robert Harron; gifted leading ladies such as Laura La Plante and Alice Terry; ingénues like Mary Astor and Mary Brian; and even Hollywood's most famous extra, Bess Flowers. Although each original essay is accompanied by significant documentation and an extensive bibliography, Silent Players is not simply a reference book or encyclopedic recitation of facts culled from the pages of fan magazines and trade periodicals. It contains a series of insightful portraits of the characters who symbolize an original and pioneering era in motion history and explores their unique talents and extraordinary private lives. Slide offers a potentially revisionist view of many of the stars he profiles, repudiating the status of some and restoring to fame others who have slipped from view. He personally interviewed many of his subjects and knew several of them intimately, putting him in a distinctive position to tell their true stories. Read Less

Goodreads reviews for Silent Players: A Biographical and Autobiographical Study of 100 Silent Film Actors and Actresses

The New Historical Dictionary of the American Film Industry