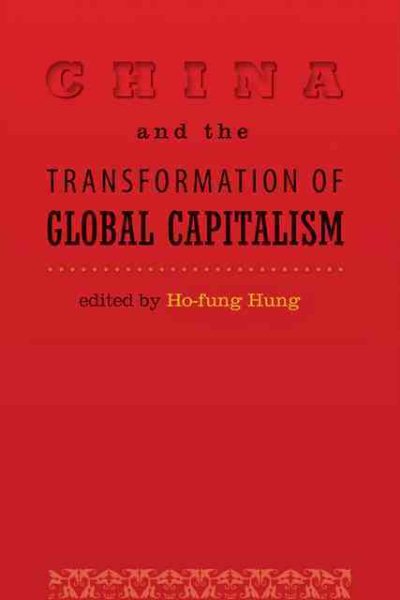 While there has been a wealth of research on the impact of China's capitalist transformation on Chinese society and politics, there is still a need for serious analysis on the impact of China's ascendancy on the world, notes Hung (sociology, Indiana U.) as he presents eight papers analyzing different aspects of said impact. Topics include big suppliers in China as a growing counterweight to the power of giant retailers, the rise of China and changing world income distribution, Sino-Russian geoeconomic integration as an alternative to Chinese hegemony, China and the US labor movement, and China as an emerging epicenter of world labor unrest. Annotation ©2009 Book News, Inc., Portland, OR (booknews.com) Read More
<p>With one of the world&#39;s fastest-growing economies and a population quickly approaching two billion, China holds substantial sway over global financial, social, and cultural networks. This volume explains China&#39;s economic rise and liberalization and assesses how this growth is reshaping the structure and dynamics of global capitalism in the twenty-first century.</p><p>China has historically been the center of Asian trade, economic, and financial networks, and its global influence continues to expand in the twenty-first century. In exploring the causes for and effects of China&#39;s resurging power, this volume takes a broad, long-term view that reaches well beyond economics for answers. Contributors explore the vast web of complex issues raised by China&#39;s ascendancy.</p><p>The first three chapters discuss the global and historical origins of China&#39;s shift to a market economy and that transformation&#39;s impact on the international market system. Subsequent essays explore the ability of large Chinese manufacturers to counter the might of transnational retailers, the effect of China&#39;s rise on world income distribution and labor, and the consequences of a stronger China for its two most powerful neighbors, Russia and Japan. The concluding chapter questions whether China&#39;s growth is sustainable and if it will ultimately shift the center of global capitalism from the West to the East.</p><p>This cutting-edge collection of works by leading global political economists links current events to long-term trends in global capitalist development to provide a comprehensive analysis of China&#39;s impact on the world. Scholars of China, world systems and globalization, international relations, and political economy will find this assessment worthy of study and an important starting point for further research.</p><p>Contributors: Richard P. Appelbaum, Giovanni Arrighi, Edna Bonacich, József Böröcz, Paul S. Ciccantell, John Gulick, Ho-Fung Hung, Stephanie Luce, Beverly J. Silver, Alvin Y. So, and Lu Zhang.</p> Read Less

The Humanities Through the Arts

The Story of the British and Their Weather: From Frost Fairs...