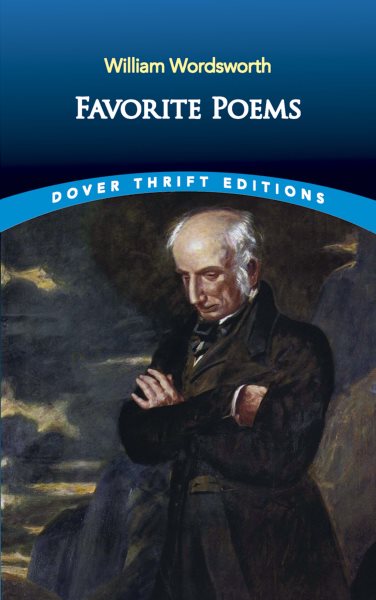 Treasury of 39 works by influential English Romantic poet: "Lines Composed a Few Miles Above Tintern Abbey," the "Lucy" poems, "I Wandered Lonely as a Cloud," "Intimations of Immortality," many more. Read More
Widely considered the greatest and most influential of the English Romantic poets, William Wordsworth (1770–1850) remains today among the most admired and studied of all English writers. He is best remembered for the poems he wrote between 1798 and 1806, the period most fully represented in this selection of 39 of his most highly regarded works. Among them are poems from the revolutionary Lyrical Ballads of 1798, including the well-known "Lines Composed a Few Miles Above Tintern Abby"; the famous "Lucy" series of 1799; the political and social commentaries of 1802; the moving "I Wandered Lonely as a Cloud"; and the great "Ode: Intimations of Immortality from Recollections of Early Childhood" — all reprinted from an authoritative edition. Read Less