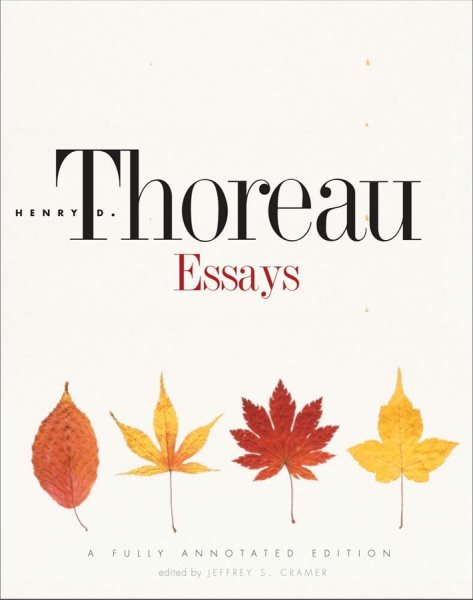 A collection of Thoreau's essays traces his trajectory as a writer and presenter, in a chronologically organized work that follows the Transcendentalist's ideas as they developed over time. Read More
This new selection of Thoreau&apos;s essays traces his trajectory as a writer for the outlets of his day&apos;the periodical press, newspapers, and compendiums&apos;and as a frequent presenter on the local lecture circuit. By arranging the writings chronologically, the volume re-creates the experience of Thoreau&apos;s readers as they followed his developing ideas over time.Jeffrey S. Cramer, award-winning editor of six previous volumes of works by Thoreau, offers the most accurate text available for each essay and provides convenient on-page annotations. He establishes context and guides the reader through unfamiliar allusions and references, plumbing the depths of Thoreau&apos;s writings with unprecedented insight.Among the essays in this book:· The Last Days of John Brown· Resistance to Civil Government [Civil Disobedience]· Thomas Carlyle and His Works· Natural History of Massachusetts· and many more Read Less

A Week on the Concord and Merrimack Rivers

The best of Walden and Civil disobedience (Campus classic ;...