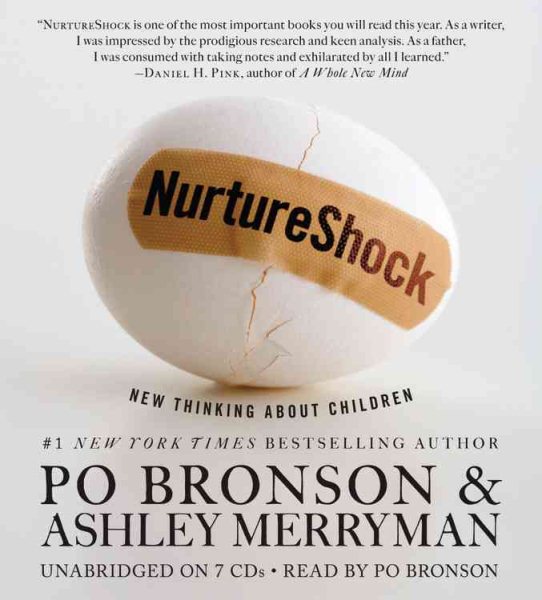 Argues that popular nurture-based parenting techniques are proving unsuccessful because they fail to include key aspects of scientific research, in an analysis that covers such topics as aggression, intelligence, and moral behavior. Read More
In a world of modern, involved, caring parents, why are so many kids aggressive and cruel? Where is intelligence hidden in the brain, and why does that matter? Why do cross-racial friendships decrease in schools that are more integrated? If 98% of kids think lying is morally wrong, then why do 98% of kids lie? What's the single most important thing that helps infants learn language? NurtureShock is a groundbreaking collaboration between award-winning science journalists Po Bronson and Ashley Merryman. They argue that when it comes to children, we've mistaken good intentions for good ideas. With impeccable storytelling and razor-sharp analysis, they demonstrate that many of modern society's strategies for nurturing children are in fact backfiring--because key twists in the science have been overlooked. Nothing like a parenting manual, the authors' work is an insightful exploration of themes and issues that transcend children's and adults') lives. Read Less

What Should I Do With My Life?