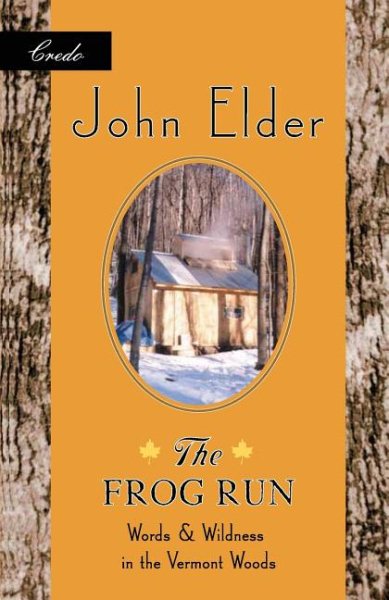 The North Woods tradition of making maple syrup serves as an illuminating backdrop for John Elder’s reflections on nature, literature, playfulness, and fatherhood, as he builds a sugaring house with his sons. Read More
Teacher and writer John Elder, a man who loves both literature and the outdoors, describes in The Frog Run how he found a way to balance these passions in building a sugarhouse with his sons in the Vermont woods. He celebrates the moment between winter and spring - known to sugarmakers as "the frog run" - when the tree frogs begin to be heard and the last run of sap good for making syrup flows from the maples. For Elder, who also writes in this book about the resurgence of New England forests and about his life as a reader, the frog run is a time to savor and celebrate the fleeting beauties of his family's place on earth. Read Less

Goodreads reviews for The Frog Run: Words and Wildness in the Vermont Woods

Reading the Mountains of Home

Following the Brush: An American Encounter with Classical Ja...