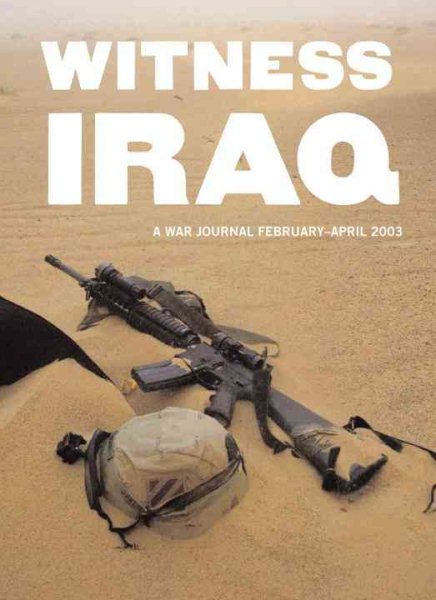 Presents photographs of the 2003 war in Iraq, from the beginning stages of the war to the looting on the streets of Baghdad two months later. Read More
“What will follow will not be a repeat of any other conflict, it will be of a force and scope and scale that has been beyond what has been seen before.” —Donald Rumsfeld Witness Iraq: A War Journal February-April 2003 documents the lightening-swift, U.S.-led military campaign Iraqi Freedom from the perspective of some of the world’s most renowned and respected photojournalists who possessed extraordinary first-hand access to this unprecedented display of military precision, planning, and containment. Captured in Witness Iraq are the trials and tribulations of the coalition forces and the Iraqi people as the universally recognized terror of Saddam Hussein’s regime is brought to an end by U.S.-led coalition forces. Showcasing dramatic and compelling scenes of the three-week war, the book begins with the missile launch on Iraqi leadership targets and continues through the massive roll-out of tanks and troops in the desert, and from the fight of the Kurds in the North to the anticlimactic—but no less dramatic—fall of Baghdad. Witness the desperation of Iraqi soldiers as they attempt to surrender. Witness in unprecedented detail the jubilation in Baghdad when the famed huge statue of Saddam Hussein is toppled. Feel the empathy of a U.S. soldier as he cradles a gravely injured Iraqi child. Although this has become history’s most photographed military conflict, most photographs in this book have not been seen before. These images take you inside the war and show courage, tragedy, humor, and compassion, portraying the chaos of conflict as well as the respect and empathy for human life. Through these images, you will witness not only the realities of war but also the triumph of the human spirit. Read Less

An Hour Before Daylight: Memories of a Rural Boyhood