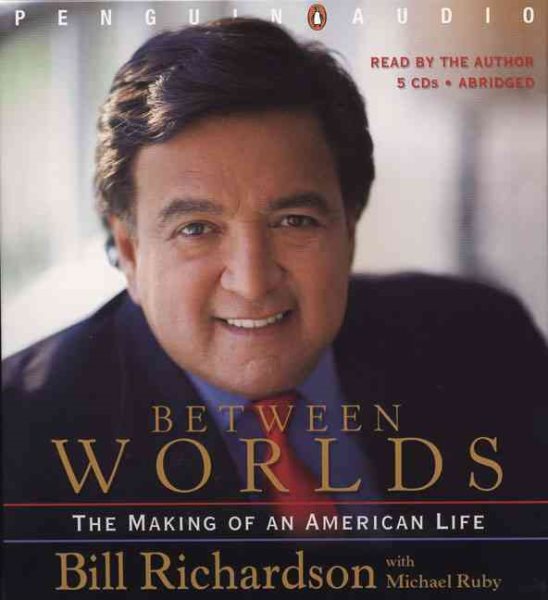 A rising star of the Democratic Party tells the fascinating story of the ways his multicultural heritage and political education have shaped his dreams for America and given him the vital lessons in the art of successful negotiating. Read by the author Abridged CDs - 5 CDs, 6 hours Read More
Presents an autobiography of the governor of New Mexico. Richardson, widely regarded as one of the most charismatic figures in the Democratic Party, grew up in Mexico City, the son of an American businessman and a Mexican mother. During his career in politics, he traveled the world, negotiating face-to-face with dictators such as Saddam Hussein and Fidel Castro. For his efforts, he was nominated four times for the Nobel Peace Prize. Read Less

Goodreads reviews for Between Worlds: The Making of an American Life