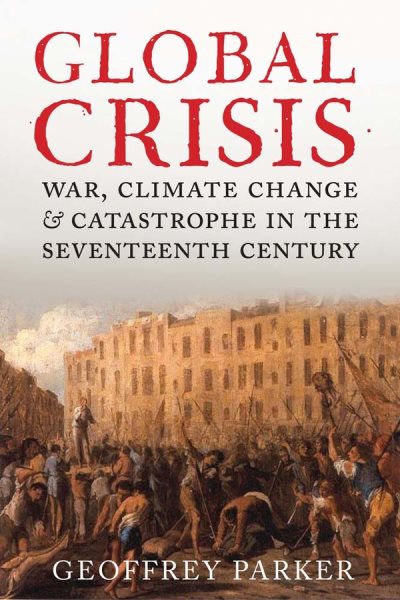 Argues that climate change was to blame for the "General Crisis" of the 17th century—bringing about worldwide war, revolution and human suffering—and encourages readers to look to this historical period to help prepare for the fallout from global warming. Read More
How to account for decades of worldwide war, revolution, and human suffering in the seventeenth century? A master historian uncovers the disturbing answer. Revolutions, droughts, famines, invasions, wars, regicides &apos; the calamities of the mid-seventeenth century were not only unprecedented, they were agonisingly widespread.  A global crisis extended from England to Japan, and from the Russian Empire to sub-Saharan Africa. North and South America, too, suffered turbulence. The distinguished historian Geoffrey Parker examines first-hand accounts of men and women throughout the world describing what they saw and suffered during a sequence of political, economic and social crises that stretched from 1618 to the 1680s. Parker also deploys scientific evidence concerning climate conditions of the period, and his use of &apos;natural&apos; as well as &apos;human&apos; archives transforms our understanding of the World Crisis. Changes in the prevailing weather patterns during the 1640s and 1650s &apos; longer and harsher winters, and cooler and wetter summers &apos; disrupted growing seasons, causing dearth, malnutrition, and disease, along with more deaths and fewer births. Some contemporaries estimated that one-third of the world died, and much of the surviving historical evidence supports their pessimism.Parker&apos;s demonstration of the link between climate change and worldwide catastrophe 350 years ago stands as an extraordinary historical achievement.  And the contemporary implications of his study are equally important: are we at all prepared today for the catastrophes that climate change could bring tomorrow? Read Less

The Times illustrated history of the world

The Military Revolution: Military Innovation and the Rise of...