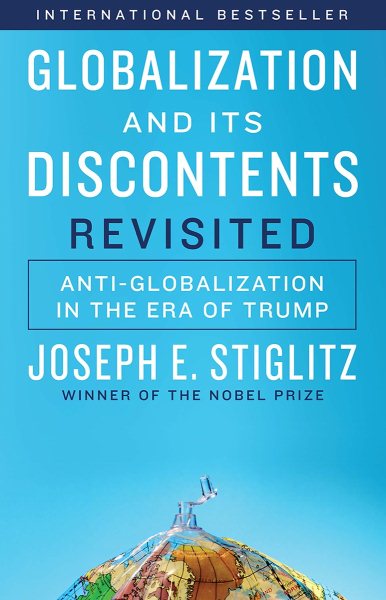 Examines the effects of global economic policies on worldwide inequality, discussing agencies and concepts including the International Monetary Fund, the East Asia crisis, trade laws, fair markets, privatization, and the rise of the protectionist movement. Read More
Stiglitz revisits the subject of globalization and its discontents in both the developing world and advanced countries. He notes that discontent is linked with the growth of inequality--for nearly a third of a century the income of most Americans has been essentially stagnant. As poverty numbers increase and the middle class is being eviscerated, the only group that is doing well is the top 1 percent. Even life expectancy is on the decline. A central theme in the book is that globalization has the potential of increasing standards of living for everyone in society, but the outcome of unfettered globalization can bring the opposite. Without a belief in sustained globalization the full benefits cannot be achieved, and there can be no sustained globalization without prosperity; one cannot construct efficient global supply chains if there is a threat at any moment of deglobalization. Stiglitz emphasizes that, while no one knows where everything will end, one thing is sure, if Trump has his way, the United States will lose its global influence, standards of living of Americans will decrease, including for those who supported him, and the world will not be safer, more secure, or more prosperous. Ironically, only the political leaders committed to the construction of the twenty-first-century welfare state can get us to a twenty-first-century sustained globalization. Annotation ©2018 Ringgold, Inc., Portland, OR (protoview.com) Read Less

People, Power, and Profits: Progressive Capitalism for an Ag...

The Price of Inequality: How Today's Divided Society Endange...

The Three Trillion Dollar War: The True Cost of the Iraq Con...