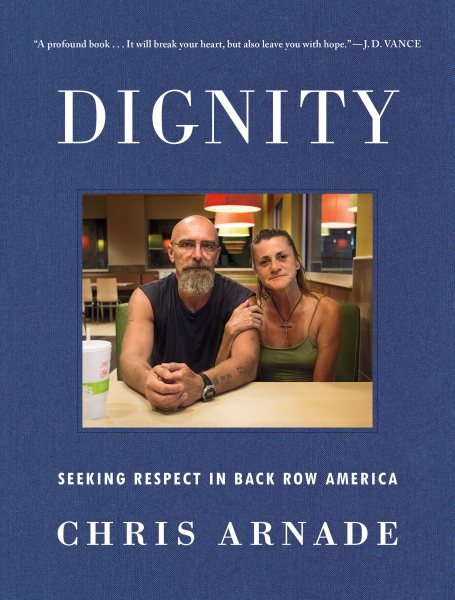 A widely acclaimed photographer and writer shines new light on America’s poor, drug-addicted and forgotten—both urban and rural, blue state and red state—and indicts the elitists who’ve left them behind. Read More
"Widely acclaimed photographer and writer Chris Arnade shines new light on America's poor, drug-addicted, and forgotten--both urban and rural, blue state and red state--and indicts the elitists who've left them behind. Like Jacob Riis in the 1890s, Walker Evans in the 1930s, or Michael Harrington in the 1960s, Chris Arnade bares the reality of our current class divide in stark pictures and unforgettable true stories. Arnade's raw, deeply reported accounts cut through today's clickbait media headlines and indict the elitists who misunderstood poverty and addiction in America for decades. After abandoning his Wall Street career, Arnade decided to document poverty and addiction in the Bronx. He began interviewing, photographing, and becoming close friendswith homeless addicts, and spent hours in drug dens and McDonald's. Then he started driving across America to see how the rest of the country compared. He found the same types of stories everywhere, across lines of race, ethnicity, religion, and geography. The people he got to know, from Alabama and California to Maine and Nevada, gave Arnade a new respect for the dignity and resilience of what he calls America's Back Row--those who lack the credentials and advantages of the so-called meritocratic upperclass. The strivers in the Front Row, with their advanced degrees and upward mobility, see the Back Row's values as worthless. They scorn anyone who stays in a dying town or city as foolish, and mock anyone who clings to religion or tradition as naïve. As Takeesha, a woman in the Bronx, told Arnade, she wants to be seen she sees herself: "a prostitute, a mother of six, and a child of God." This book is his attempt to help the rest of us truly see, hear, and respect millions of people who've been left behind"-- Read Less

Goodreads reviews for Dignity: Seeking Respect in Back Row America