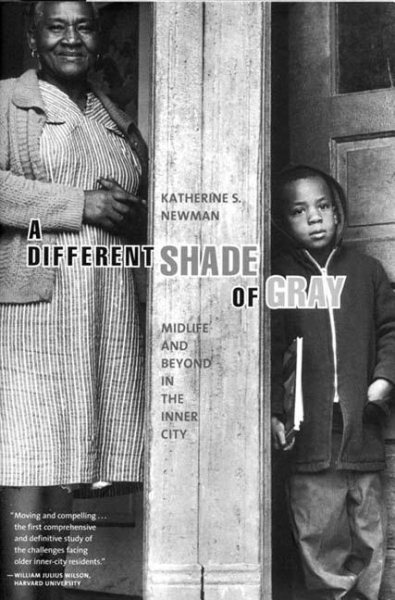 A cultural analysis considers the particular challenges of inner city seniors, identifying the historical, personal, and political factors that contribute to the problems being faced by the aged in urban America. Read More
<div><p>In a book that Robert B. Reich, former U.S. Secretary of Labor, called "provocative and insightful . . . combining revealing details about specific people with thoughtful analysis of the trends that have shaped their lives," Katherine S. Newman, former dean of social sciences at Harvard&#39;s Radcliffe Institute for Advanced Study and award-winning author of <i>No Shame in My Game</i>, exposes a growing but largely invisible group of Americans: the aging urban underclass.</p><p>While an increasing portion of the U.S. population is about to retire—the number of Americans over age sixty-five is expected to double to seventy million in the next thirty years—the experience of middle and old age, as Newman shows, differs dramatically for whites and minorities, for the middle class and the poor, and for those living in the suburbs versus the city. Focusing on the lives of elderly African Americans and Latinos in pockets of New York City where wages are low, crime is often high, and the elderly have few support systems they can rely on, <i>A Different Shade of Gray</i> provides "a well-documented portrait of a little-examined group" (<i>Kirkus Reviews</i>).<br></p></div> Read Less

Goodreads reviews for A Different Shade of Gray: Mid-Life and Beyond in the Inner City