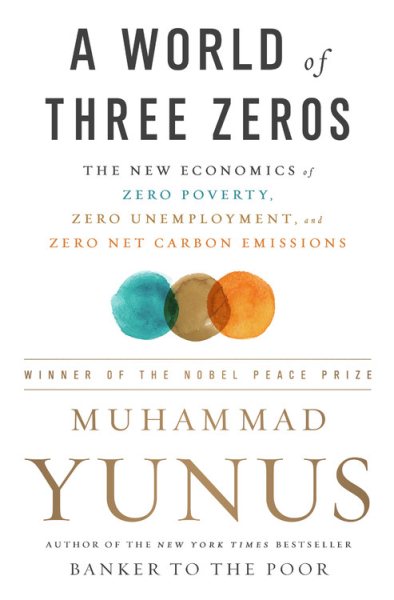 Argues that the current system of capitalism is broken, leading to inequality, unemployment, and environmental destruction, and presents ideas for a new capitalism that serves human needs in innovative ways. Read More
<b>A winner of the Nobel Peace Prize and bestselling author of <i>Banker to the Poor</i> offers his vision of an emerging new economic system that can save humankind and the planet</b><br><br> Muhammad Yunus, who created microcredit, invented social business, and earned a Nobel Peace Prize for his work in alleviating poverty, is one of today&#39;s most trenchant social critics. Now he declares it&#39;s time to admit that the capitalist engine is broken -- that in its current form it inevitably leads to rampant inequality, massive unemployment, and environmental destruction. We need a new economic system that unleashes altruism as a creative force just as powerful as self-interest. <br><br> Is this a pipe dream? Not at all. In the last decade, thousands of people and organizations have already embraced Yunus&#39;s vision of a new form of capitalism, launching innovative social businesses designed to serve human needs rather than accumulate wealth. They are bringing solar energy to millions of homes in Bangladesh; turning thousands of unemployed young people into entrepreneurs through equity investments; financing female-owned businesses in cities across the United States; bringing mobility, shelter, and other services to the rural poor in France; and creating a global support network to help young entrepreneurs launch their start-ups. <br><br> In <i>A World of Three Zeros</i>, Yunus describes the new civilization emerging from the economic experiments his work has helped to inspire. He explains how global companies like McCain, Renault, Essilor, and Danone got involved with this new economic model through their own social action groups, describes the ingenious new financial tools now funding social businesses, and sketches the legal and regulatory changes needed to jumpstart the next wave of socially driven innovations. And he invites young people, business and political leaders, and ordinary citizens to join the movement and help create the better world we all dream of. Read Less

Banker To The Poor: Micro-Lending and the Battle Against Wor...

Building Social Business: The New Kind of Capitalism that Se...

Creating a World Without Poverty: Social Business and the Fu...