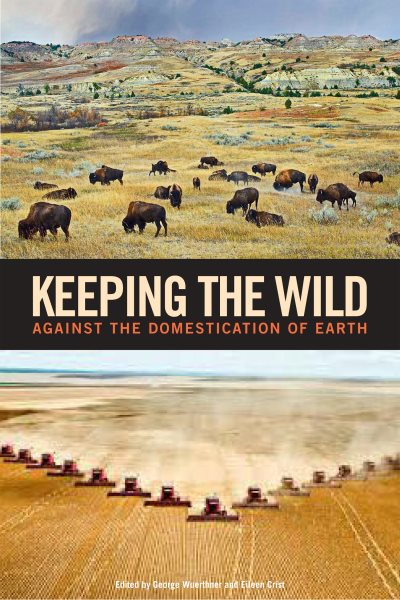 Is it time to embrace the so-called “Anthropocene”—the age of human dominion—and to abandon tried-an... Read More
Is it time to embrace the so-called “Anthropocene”—the age of human dominion—and to abandon tried-and-true conservation tools such as parks and wilderness areas? Is the future of Earth to be fully domesticated, an engineered global garden managed by technocrats to serve humanity? The schism between advocates of rewilding and those who accept and even celebrate a “post-wild” world is arguably the hottest intellectual battle in contemporary conservation.In Keeping the Wild, a group of prominent scientists, writers, and conservation activists responds to the Anthropocene-boosters who claim that wild nature is no more (or in any case not much worth caring about), that human-caused extinction is acceptable, and that “novel ecosystems” are an adequate replacement for natural landscapes. With rhetorical fists swinging, the book’s contributors argue that these “new environmentalists” embody the hubris of the managerial mindset and offer a conservation strategy that will fail to protect life in all its buzzing, blossoming diversity.With essays from Eileen Crist, David Ehrenfeld, Dave Foreman, Lisi Krall, Harvey Locke, Curt Meine, Kathleen Dean Moore, Michael Soulé, Terry Tempest Williams and other leading thinkers, Keeping the Wild provides an introduction to this important debate, a critique of the Anthropocene boosters’ attack on traditional conservation, and unapologetic advocacy for wild nature. Read Less

Goodreads reviews for Keeping the Wild: Against the Domestication of Earth

Energy: Overdevelopment and the Delusion of Endless Growth