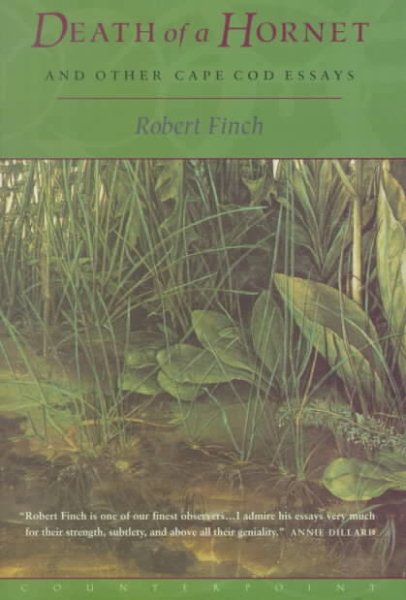 Essays on the natural history of the Cape Cod region document changes in the environment, and in the author's life. Read More
These essays are divided into two sections, eponymously named for two of Finch's Cape Cod hometowns, Wellfleet and Brewster. Subjects range from contemplating the moment when a cubist landscape is transformed into a sudden unity, to attending the burial of a neighbor, to assisting in a whale rescue, to tracking down the psychedelic array of the Cape's wild mushrooms. Finch, a well-known nature essayist and co-editor of The Norton Book of Nature Writing , is a careful observer but tends toward all-knowingness, as in the title essay where he describes a spider who has subdued a hornet: "The spider remains crouched motionless behind its mummified prey, in that waiting game that spiders have perfected, where memory and hope play no part." No index. Annotation c. Book News, Inc., Portland, OR (booknews.com) Read Less

Goodreads reviews for Death of a Hornet: And Other Cape Cod Essays