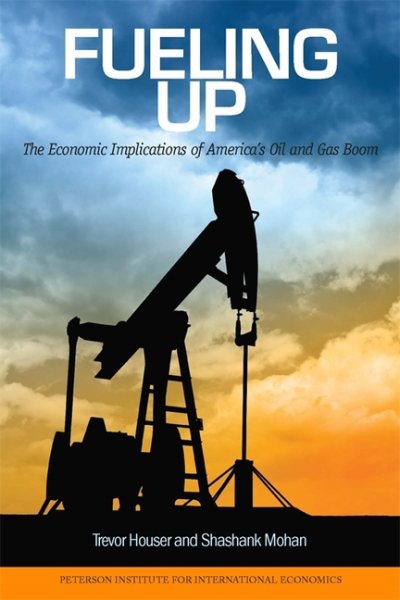 Houser and Mohan here analyze the economic implications of the recent technological boom in oil and natural gas drilling in the US, intended to guide policymakers in wise decision-making. After an overview of politics and economics pertaining to energy supply from the 1970s to the early 2010s, the authors summarize the technological basis of the domestic energy renaissance. A number of economics impacts are then addressed sequentially. First, a generalized macroeconomic analysis is provided, including assessment of stimulus potential, effects on trade and exchange, and long-term sequelae. Demand-side effects are discussed specifically, as well as differential benefits for different regions of the country and sectors of the economy. Two detailed chapters address the impact on the environment and considerations for navigating trade policy. In particular, the potential for cheaper domestic energy to lessen resistance to environmentally-based taxes and restrictions is discussed. An appendix lays out the models and assumptions used. Annotation ©2014 Ringgold, Inc., Portland, OR (protoview.com) Read More
New drilling techniques for oil and natural gas are propelling an energy production renaissance in the United States. As the US economy struggles to emerge from the Great Recession, many see the boom as a possible source of economic salvation that could reduce unemployment and revitalize American manufacturing. Until now, however, there has been little objective analysis of the energy boom's economic consequences.In this major study, Trevor Houser and Shashank Mohan fill that gap. They assess the impact of the recent and projected increase in domestic energy production on US GDP, employment growth, manufacturing competitiveness, household expenditures, and international trade balance. Alongside its economic impact, the American energy revolution is raising new environmental and trade policy questions. What are the consequences for the environment and global warming of increased domestic oil and gas production? Should companies be allowed to export the energy they produce or will doing so undermine American manufacturing competitiveness? Houser and Mohan provide independent research and analysis that will help policymakers navigate these issues. Read Less

Goodreads reviews for Fueling Up: The Economic Implications of America's Oil and Gas Boom (Peterson Institute for International Economics - Publication)