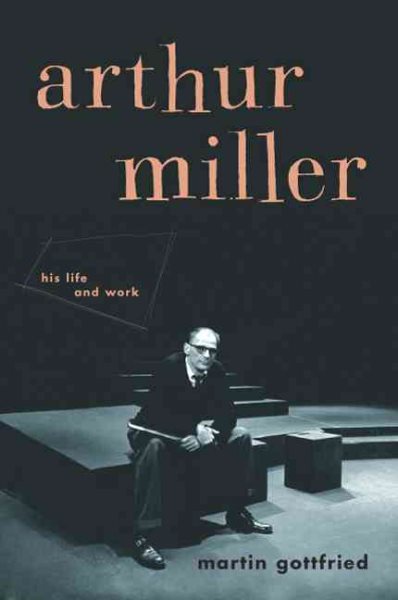 The sole and definitive biography of the greatest living American playwright Read More
Arthur Miller has been delivering powerful drama to the stage for decades with such masterpieces as Death of a Salesman. But, remarkably, no one has yet told the full story of Miller's own extraordinary life-a rich life, much of it shrouded from public view. To achieve this groundbreaking portrait of the artist and the man, the award-winning drama critic and biographer Martin Gottfried masterfully draws on his interviews with those who have known Miller throughout his personal and professional life, on Miller's voluminous lifelong correspondence, and on the annotated scripts and notebooks that reveal Miller's creative process in stunning detail. From Miller's childhood and adolescence in Depression-era New York City to his formative college years in Michigan…from the numerous early professional rejections to the 1947 play All My Sons that established him as a voice to be reckoned with…from his heroic defiance of the House Un-American Activities Committee during the McCarthy years to his most unlikely pairing with Marilyn Monroe… from political and social activism on the world stage to an extraordinary professional vitality even as he turns 88 in October 2003 (he is still writing plays, and stage revivals and film adaptations of his classics proliferate): here is a dazzling book-a literary event of the first order. Read Less

Goodreads reviews for Arthur Miller: His Life And Work

All His Jazz: The Life and Death of Bob Fosse