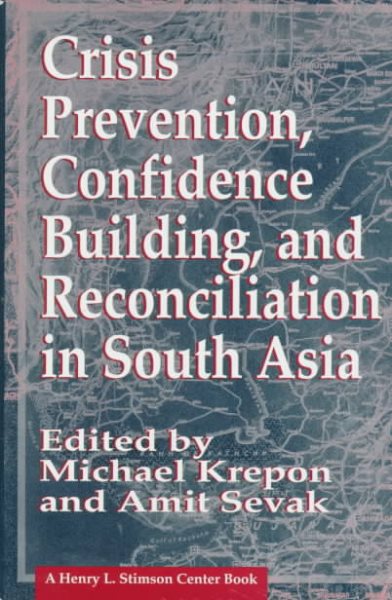 The Indian sub-continent continues to lag far behind in search for more stable peace. This promotes various forms of cooperative measures in South Asia, ranging from conflict avoidance to confidence building measures (CBMs). This offers concrete proposals to help avert future conflicts and to encourage regional cooperation. Contributors are drawn from India, Pakistan, China and the US. Read More
Confidence-building measures (CBMs) have been successful in the past in defusing volatile situations such as those arising from the Cold War and the ongoing problems in the Middle East. Michael Krepon and Amit Sevak have assembled a group of the best new scholars, policy-makers, and journalists currently working on CBMs and have directed their attention to another area of high conflict, South Asia.In the winter of 1986-87 and in the spring of 1990, Indian and Pakistani leaders employed CBMs to help avoid a fourth war in South Asia. But recently, these CBMs have been linked to increased friction over Kashmir.By looking at India, Pakistan, Kashmir, and China, as well as other areas, the scholars in this book convincingly argue for the viability of CBMs in effecting lasting conflict-resolution in the area. Read Less