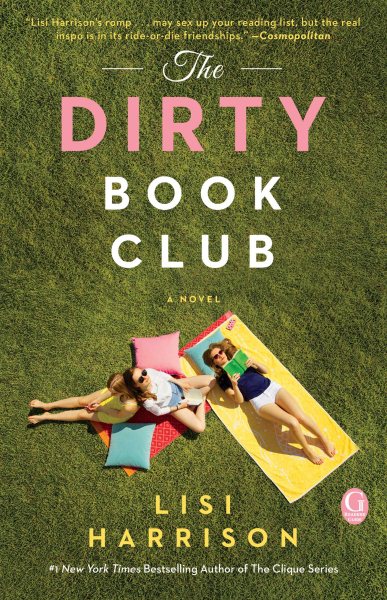 M.J. Stark, a successful but lonely woman who relocates to California in the aftermath of a betrayal, receives an invitation from an older neighbor to join a secret erotic book club. Read More
From the #1 New York Times bestselling author of The Clique series comes a novel about the importance of friendship, and, of course, the pleasure of a dirty book.M.J. Stark&apos;s life is picture-perfect&apos;she has her dream job as a magazine editor, a sexy doctor boyfriend, and a glamorous life in New York City. But behind her success, there is a debilitating sense of loneliness. So when her boss betrays her and her boyfriend offers her a completely new life in California, she trades her cashmere for caftans and gives it a try. Once there, M.J. is left to fend for herself in a small beach town, with only the company of her elderly neighbor Gloria and an ocean that won't shut up. One afternoon, M.J. discovers that Gloria has suddenly moved to Paris with her friends to honor a fifty-year-old pact. And in lieu of a goodbye, she's left a mysterious invitation to a secret club&apos;one that only reads erotic books. Curious, M.J. accepts and meets the three other hand-selected club members. As they bond over naughty bestsellers and the shocking letters they inherited from the original club members, the four strangers start to divulge the intimate details of their own lives...and as they open up, they learn that friendship might just be the key to rewriting their own stories: all they needed was to find each other first. Read Less