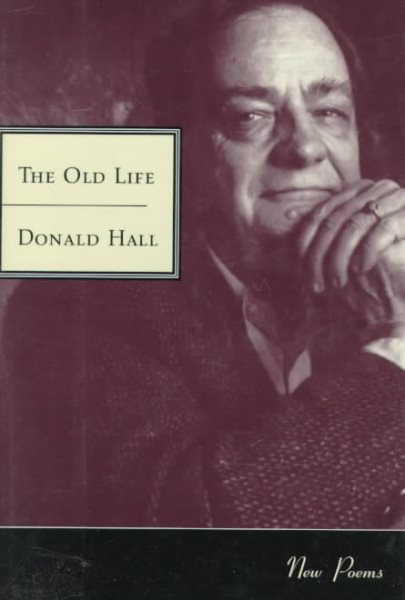 Poems deal with baseball, poetry, the poet's life, love, mortality, and grief Read More
For nearly forty years, through changes in fashion and form, Donald Hall has stood in the front rank of American poets. The Old Life comprises the title poem, which is an autobiographical sequence, preceded by two substantial poems: " The Night of the Day," which makes a thematic connection with his Old and New Poems (1990), and " The Thirteenth Inning," which bridges the gap between this book and Hall's remarkable 1993 collection, The Museum of Clear Ideas . The book concludes with heartbreaking lyric, " Without," commemorating the illness of his adored wife, the poet Jane Kenyon, who died in 1995. The title sequence takes Hall from his boyhood in New Haven (with summers in New Hampshire) to his education at Exeter and Harvard to his growing acquaintance with poets - seniors like Robert Frost and contemporaries like Robert Bly. It sees him growing into manhood, fatherhood, grandfatherhood, and a happy second marriage. When his life inevitably moves into vicissitude, even tragedy, he w Read Less

Goodreads reviews for The Old Life